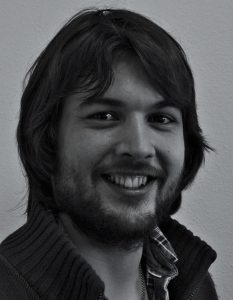 Hi, my name is Yoram K. Kunkels and I work as a PhD-student at the University Medical Centre Groningen (UMCG) on the Trans-ID Project. This project focusses on the detection of critical transitions in depression, based on complex dynamical system theory and individual time series experiments. Within this project, I investigate fysiological measurements, such as heart rate variability and sleep- and activity patterns, and their relation with transitions in depression.

I recieved my Bachelor Psychology from the University of Amsterdam (UvA) in 2013. Subsequently I recieved my Research Master Psychology from the UvA in 2016. My masterthesis was about continuous and discontinuous transitions in smoking behaviour, and whether non-linear models, such as the cusp catastrophe model, would fit such data better than traditional linear models. During my studies, I recieved multiple prices and awards, such as: the Best Social Bussiness Plan Award 2014, a Honours Bachelor (2014), and the YIELD Graduate Programme (2014-2016).