First Flight and Oxygen on Mars

This week is an exciting one for those interested in exploration that goes beyond our blue planet.

Firstly, NASA was able to let a helicopter – called Ingenuity – fly on Mars [1]. An extraordinary performance, especially given that the Martian atmosphere is much thinner than the one on Earth, which makes flying the helicopter that much harder. Ingenuity’s maiden flight on Mars opens up the prospect of much easier, and quicker exploration of the Martian surface than would be possible with the brave Mars rovers, such as Curiosity and Opportunity. Yet, while it was indeed the first powered flight on another planet, it was not the first time a craft from Earth has flown on another planet, that honour goes to the Soviet Vega I and Vega II balloons which flew on Venus in 1985 [2, 3]. 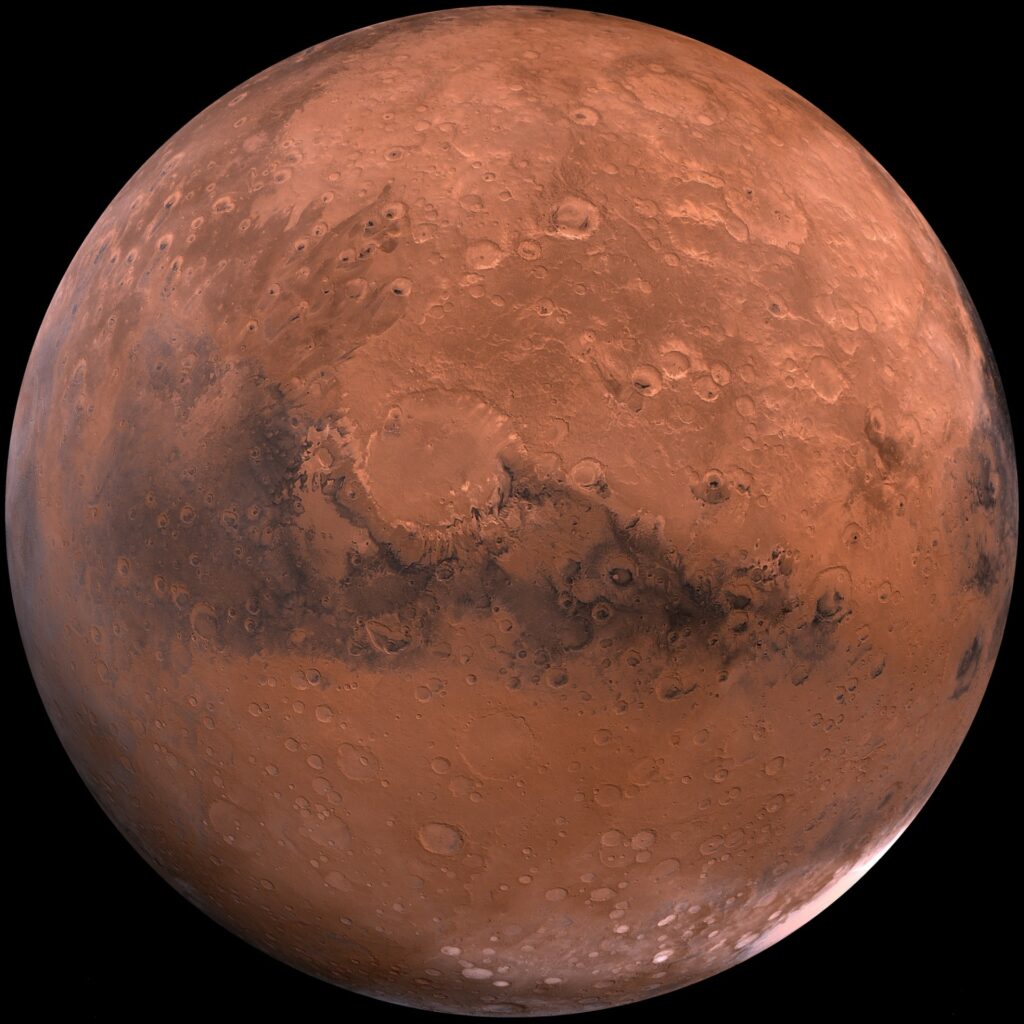 The second exciting event is that NASA’s Perseverance rover was the first to be able to produce oxygen on Mars [4]. Through a device called a MOXIE (Mars Oxygen In-Situ Resource Utilization Experiment), it is possible to convert some of Mars’ carbon-dioxide rich atmosphere into oxygen. Producing oxygen on Mars itself could drastically decrease the need to ship in oxygen from Earth, freeing scarce storage space on Mars-bound craft. It might also be one of the first foundational steps in (partially) terraforming Mars; making it suitable for Earth life.

Yet, such terraforming endeavours should always be well thought through; that is when oxygen was first introduced on Earth it was quite poisonous for almost all existing life; causing a mass extinction event, also called the Oxygen Catastrophe [5]. Let’s hope the future of space exploration is one of careful deliberation and cooperation, instead of rash decisions and international competition.